So... yeah, this happened while I was at work today. 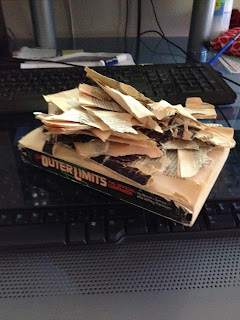 Stupid mutts. I don't know which one of 'em did it. Hell, it might've been both. 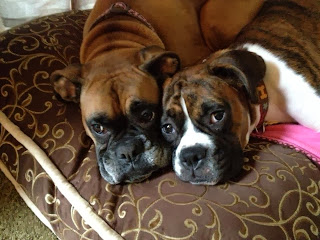 Bijou and Luna, terrorists at large.

I've had (and treasured) this book since it was first published in 1986. That's 27 years. And yeah, it's way out of print, too. Some third party sellers on Amazon have "acceptable" copies for around forty bucks, and mint condition copies starting at $150.00. So I won't be replacing it any time soon, especially given how tight money is right now (single income, wife in school, etc.).