The name Harlan Ellison is no stranger to fans of The Outer Limits: he penned two of the best second season episodes. Did I say "two of"? I meant THE two best.

"Soldier" and "Demon with a Glass Hand." But you knew that, right?

Anyway--- Harlan would've been 85 today. I stumbled across a brilliant video tour of his house, conducted by (of all people) Robin Williams.


I wasn't aware the two were friends. Hopefully somewhere, beyond this sad, shallow life, they are celebrating Harlan's big 8-5 together.
Posted by Craig Beam at 12:05 PM 2 comments: 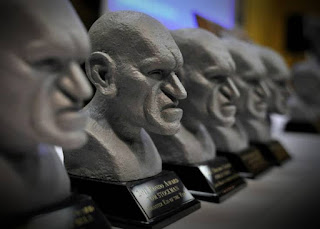 Our (okay, MY) Twilight Zone podcast, Between Light and Shadow, has once again been nominated for a coveted Rondo Hatton Horror Award. I hope longtime readers of this blog are also faithful listeners of the podcast... I also hope (rather fervently) that each and every one of you will cast a vote in our favor. We're up against some seriously stiff competition (including Tom Elliot's The Twilight Zone Podcast, which won last year), but I think we can take it... with YOUR help. Please take a couple of minutes to click on the link above (or here, if you're extra lazy) and cast your vote for us (okay, ME). All it takes is a quick email to taraco@aol.com.I highly encourage you to look through all the categories and nominees and vote for some (or all) of them, but MAKE ABSOLUTELY CERTAIN you indicate that in Category #20 (Best Multimedia Site, which podcasts fall under) you vote for Between Light and Shadow: A Twilight Zone Podcast. It's the first one on the list, so you can't miss it. 2019 is the 60th Anniversary of The Twilight Zone, so a vote for us (okay, ME) is actually a vote for both the series and the legacy of Rod Serling himself. The deadline is April 20th, so go vote RIGHT NOW while you're thinking about it. I really need a win, gang. This is the third year in a row we've (okay, I'VE) been nominated, and I really want to believe that the third time's the charm. Thanks in advance, and kids... play nice.

Something to Quench Your Thirst...

Astute readers possessive of eidetic memories may recall that my spotlight on "A Feasibility Study" almost five years ago (!) observed that the Luminoid mask resurfaced in BLOOD THIRST, a low-budget horror flick shot in The Philippines in 1965 but not released until 1971 where, according to Wikipedia, it was seen mostly on the grindhouse circuit (so I guess Quentin Tarantino is probably familiar with it). I've personally never seen it, but I was made aware of it by Outer Limits Grand Poobah David J. Schow, so I was able to include it in my write-up... after which I completely forgot about it. Until just a few minutes ago.

I've been on this kick lately which has found me obsessively collecting sci-fi B (and C, and sometimes even D) movies from the 50's and 60's on Blu-ray, which naturally let me to 1959's THE MONSTER OF PIEDRAS BLANCAS, which featured a monster design that, um, borrowed components from THIS ISLAND EARTH (the feet of the Metaluna Mutant) and THE MOLE PEOPLE (the clawed hands of the Beasts of the Dark). I started thinking about all the times THE OUTER LIMITS reused bits of alien and monster costumes, and then I remembered the Luminoid reprise. So I hit Amazon, hoping to find a Blu-ray release to add to my collection.

Turns out there is a DVD available from Something Weird Video, a double feature with 1971's BLOOD SUCKERS (aka INCENSE FOR THE DAMNED), but... okay, here's where I start to sound like a home theater snob. I don't want it on DVD. I want it in high definition. Yes, I know it's an ultra-low budget film that couldn't possibly look good, much less great. Right?

Wrong. My Amazon spelunking turned up a streaming version, free for Amazon Prime Members (like me)... in HD. And hell, it looks pretty spectacular, especially if you've suffered through the horrific YouTube versions.

So if you're an Amazon Prime Member, and you find yourself achingly curious about this cinematic curiosity... well, you know what to do. I'm certainly gonna watch it, if not tonight then this weekend.

Oh, and if you're curious, here's a review of that Something Weird DVD release, which is apparently pretty great. So maybe I should order it (it's only $6.71 on Amazon as of this writing) and stop being such a goddamned HD elitist.

Hey gang.... yeah, I know, it's been a DAMN long time since I've posted anything. Sue me. 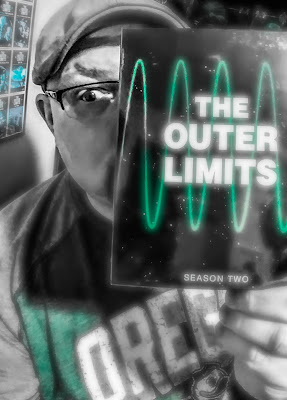 So THE OUTER LIMITS Season Two has dropped, and it's magnificent.* Don't believe me? Just ask Glenn Erickson, the esteemed CineSavant himself:

Yours truly recorded four, count 'em, FOUR commentary tracks this time around (after contributing three for the Season One set earlier this year). You'll hear my annoying voice droning on incessantly on the following episodes:

I dunno, maybe these are a bit better than my season one offerings...? I dunno, I'm way too close to these things to possess any semblance of an impartial view.

Longtime readers of the blog will recall my frequent MGM-bashing over the lack of a Blu-ray release for the series, especially when the show turned 50. The series turns 55 this year (actually, it already did, back on September 15th), so I guess the additional five years didn't kill me. My ire is still as strong as ever toward MGM, though, since they aren't even the ones releasing these sets.... we can all thank Kino Lorber for that.

* There's a bit of an audio problem on the episode "Soldier." The entirety of act two is marred by bad audio. I mean, like, REALLY bad. It starts out okay, then gradually blooms into full-on obnoxious-as-hell warbling. Check it out:

Kino will be offering replacement discs in early 2019, so don't let this gaff stop you from purchasing.

On This, the Eve of the Season One Blu-ray Release...

I was interviewed about a week ago about my involvement with the Blu-ray release of The Outer Limits Season One (which streets tomorrow!), and the interview went live today. Check it out!

Control Voices from Beyond: Craig Beam on 'The Outer Limits' Season One on Blu-ray

Here's a much larger version of the (quite tiny) picture of me they used. My old friend Martin ScorZanti is clearly the better looking. 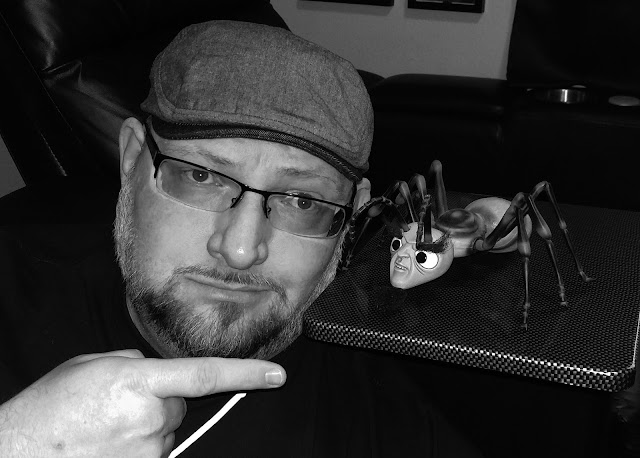 DVD on the left, Blu-ray on the right. Click on 'em for the full-sizedness. 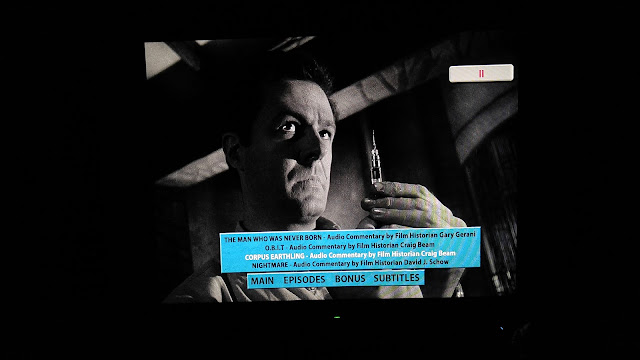 Is this the day? 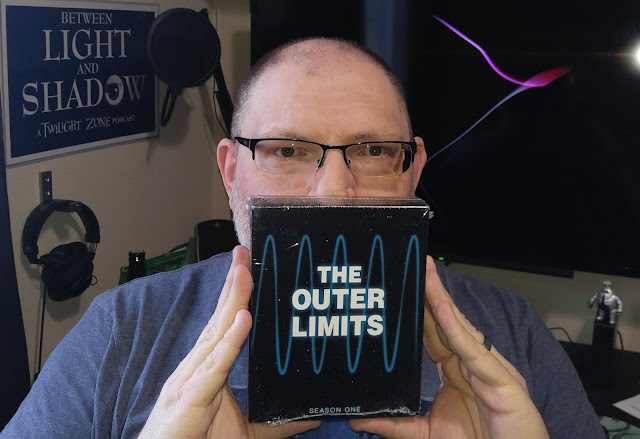