As previously reported, our buddy Woody Welch has been commissioned to create five Outer Limits paintings for the upcoming gallery show at Creature Features (which opens March 22). So far he's tackled Regina the Bee Girl from "ZZZZZ," The Box Demon from "Don't Open Till Doomsday," the Ichthyosaurus Mercurius from "Tourist Attraction," and Chill Charlie from "The Human Factor." Through his various social media outlets, Woody has unveiled his fifth and final work, which is inspired by one of my favorite episodes, "O.B.I.T."! 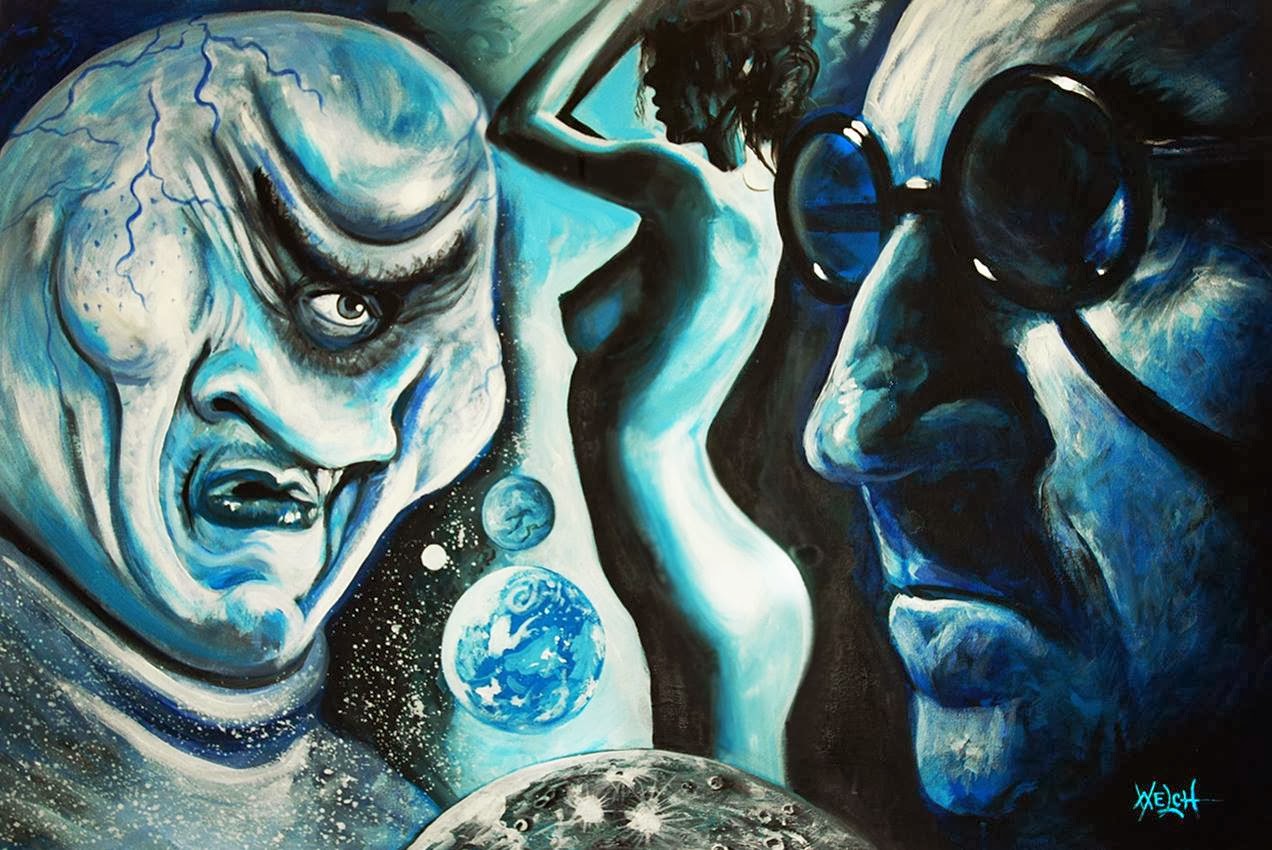 Aside from the fact that it's jaw-droppingly gorgeous, I particularly love this one because of the blue and green color scheme; it evokes the MGM VHS boxes from the late 80's-early 90's that I extol so frequently in these pages. 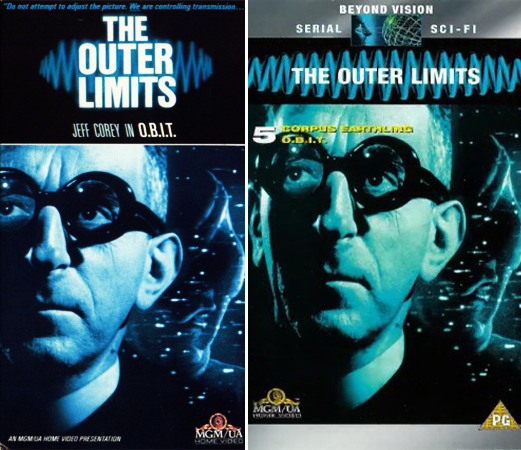 Woody's rendering of Jeff Corey is dead-on... but hey, who am I kidding? There's a naked woman, dead center, drawing lascivious eyes (like mine). Of course I love it!